This is a simple one, I don't even have a fun name for it. I showed off the prototype on Arduino subreddit awhile back and have been using and modelling with this ever since. As mentioned there, I just recently learnt about something called a Space Mouse. Literally one company made it, yeah you can find some mouse that incorporate a tiny joystick on it, but that's also cost an arm. It's a niche product that hobbyist doesn't need to get it.

If you ever made a Stream Deck (like I did on the previous post), heck or even just played with a Leonardo (Pro Micro), you basically already know how to make this. All you just need to do is read the joystick and encoder values, then send those value as hotkey the hotkey of your CAD software, and you're done.

The only thing that's missing is that Fusion 360 doesn't have a hotkey for the home view. There are some people who made a screen jacking script to do that on Windows, bet I could do the same with Automator, but I'm not a fan, one of the major key of this build is making something that I can plug into another computer and use it as is. 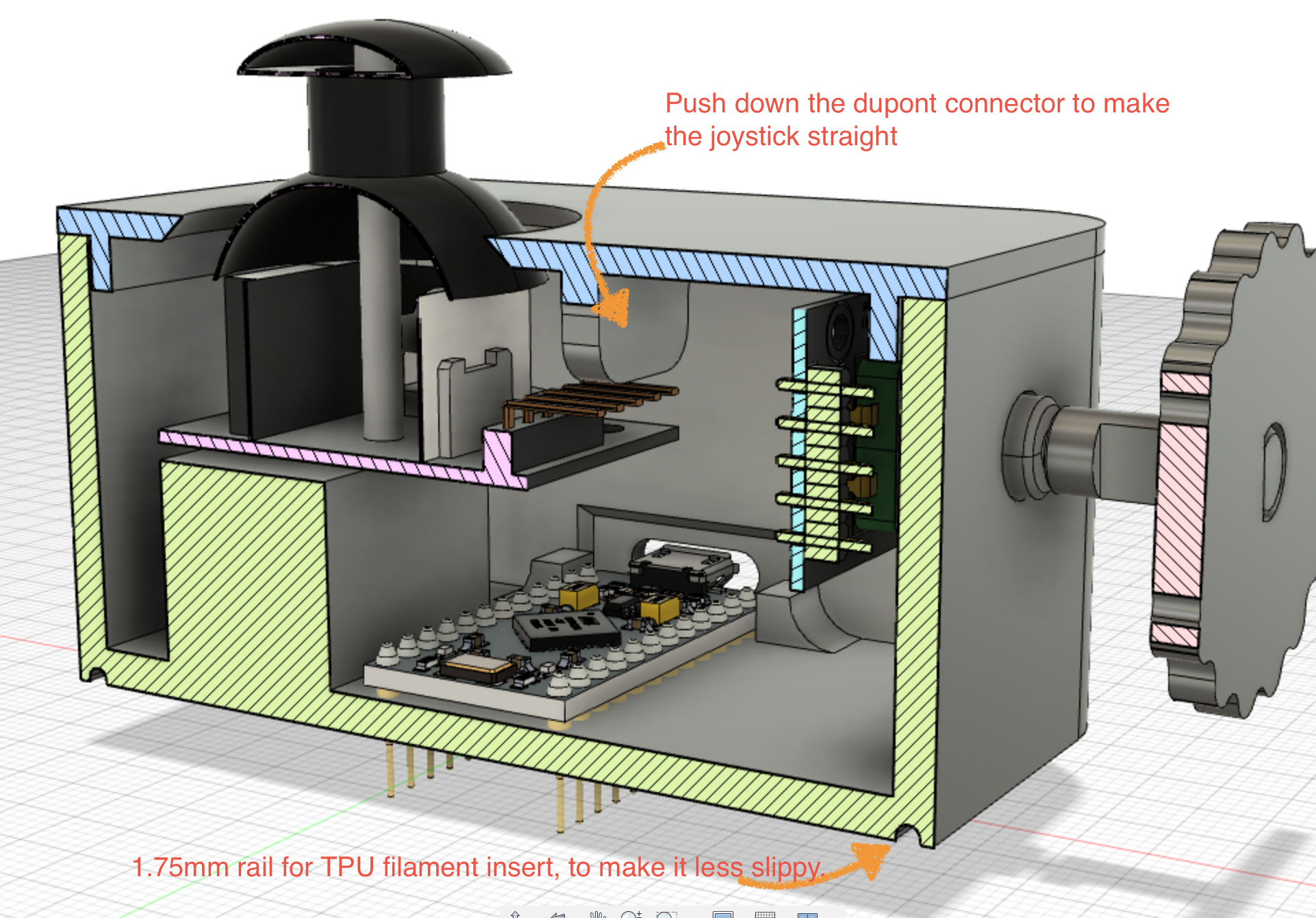 The enclosure has issue, if you can see from the cutout above, I only have space to mount the joystick from the left side, it resulted in a wonky and relatively loose joystick. Terrible to use, can't even click it. So, I just add a nub on the lid to press it down and straighten it up, worked like a charm.

However, I won't fix that issue, I'm just going to it as is because... as I write this, I am prepping for MK2. Frankly, I find that a joystick isn't a great input for 3D mouse. I tweaked it, tuned it, every way, it just doesn't feel right. So I'm exploring other input options now, a couple thing that came to mind is a trackball and that recent DIY HOTAS on YouTube. It's 100% 3D printed parts with rubber bands, hall effect sensor, and magnets. Dude is brilliant.

As usual, everything is available on GitHub.