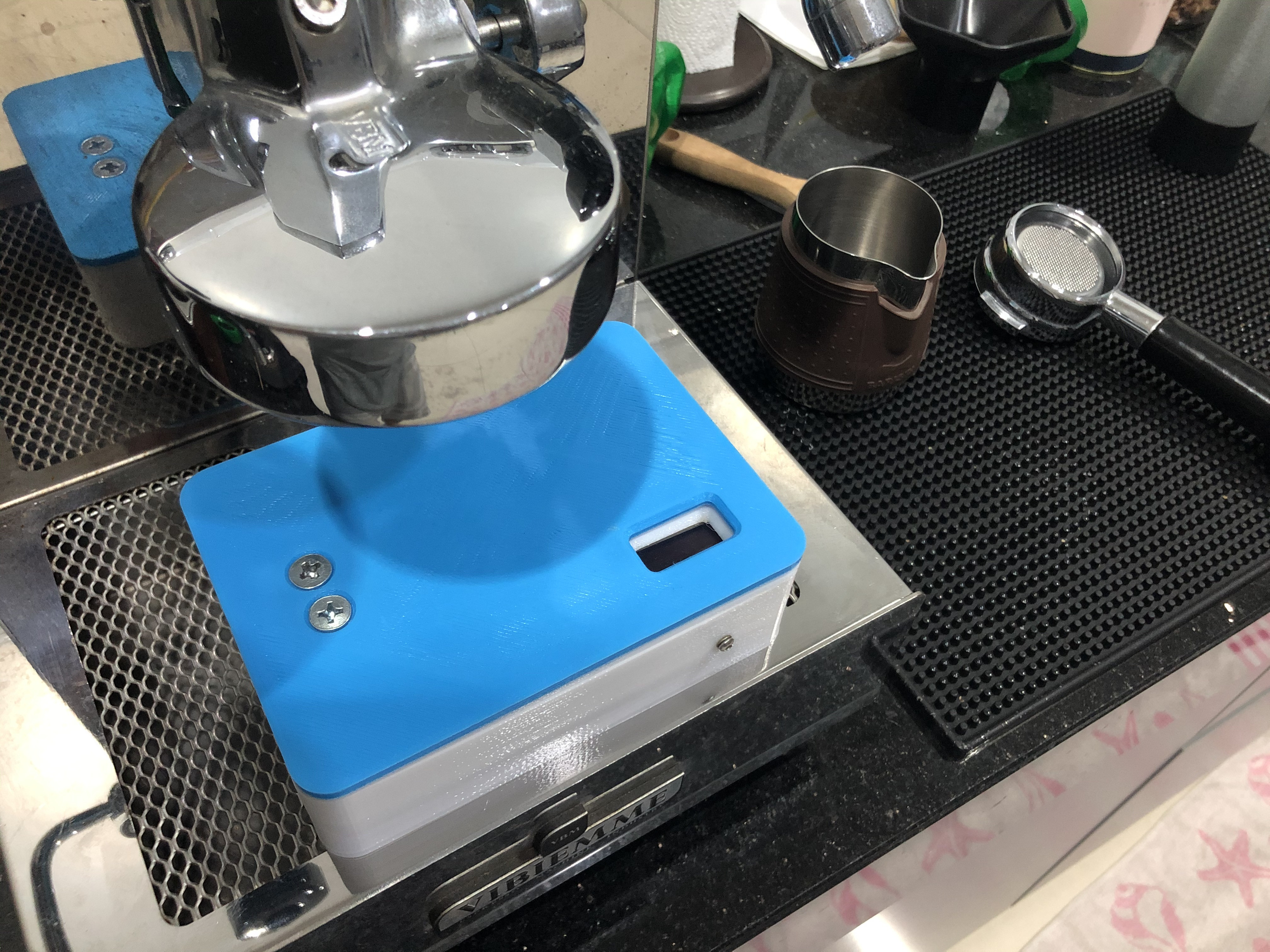 About 5 years ago, I made this BLE coffee scale. It's hacked off of a scale I had. It was good enough to be used daily. The problem is that it's a bit tiring to have to use my phone as the screen, even though I have the calculator built into the app, sometimes I just want to pop open YouTube and watch something while brewing my coffee.

And here we are, a re-do of a project I did half a decade ago. The goal this time is:

As you can see from the pic on top, the prototype is pretty much ready. In reality, when brewing coffee, we don't need 0.1g accuracy. Definitely do not need 0.01g, but as a project goal, it's nice to aim high. The problem at this time is, the load cell I have lying around was the shitty one. Even worse than MK1's. It was just added to cart when I bought other things on Ali. It swings and wobbles at ±3g. Not practical as any kitchen scale, definitely not good enough for brewing coffee. I don't even know why they sell these. So what I did next was look for a good load cell. After I found it, I printed an adapter so I have a functioning place holder load cell as I design and print the enclosure. Pictured below. The load cells are ordered and on a slow boat from China. So, the expected project completion will be in 2-4 weeks. No 1 and 6 go hand in hand. But I don't plan on adapting this project with the previous app. I have other plans for the app side of things and it is very low on the totem pole atm. Screen just to address MK1 pain point. Also, as I mentioned in my Sous Vide post, it's a household device that only I can use. It is annoying.

Sidebar: I notice there were a surge of people making IOT window blinds. It has the same issues. No one else can open or close the blinds. If you want to make IOT devices, the app has to be optional.

Easy, dump HX711 and use ADS1232. This is the biggest hurdle of this project, there aren't many examples or tutorial that we can just simply follow to get numbers out of our load cell sensors. I plan on making a dedicated post for ADS1232. It is much much more responsive than HX711, and totally not as succeptible to noise compared to HX711.

3. Fit underneath my espresso machine.

Now that I have a 3D printer, I can print the enclosure in any shape I like. As you can see the picture, I made it "sideway". The screen is on the bottom right, because I'm left handed. I pour with the kettle on my left hand, so I still can clearly see the screen.

2-3 kg because my main brewing device is the 6-cup Chemex. The Chemex alone is 600ish grams. Most days, I brew 45g of coffee with 750g of water. That's almost 1.5kg total. 3kg limit gives be a bit of headroom, and I can still use it for baking or something.

0.01g are technically unrealistic unless I spent serious dollars on the load cells. Like getting a special order class C6 load cell. But that's entering the unlimited budget project territory. I'm not that crazy. In the end I ordred these load cells (Ali link: one and two). One is larger footprint but shorter, the other is smaller footprint but taller. Both are 3kg, both are class C3, and we'll see which of these fare better at 0.01g (or even at 0.1g) after they arrive.