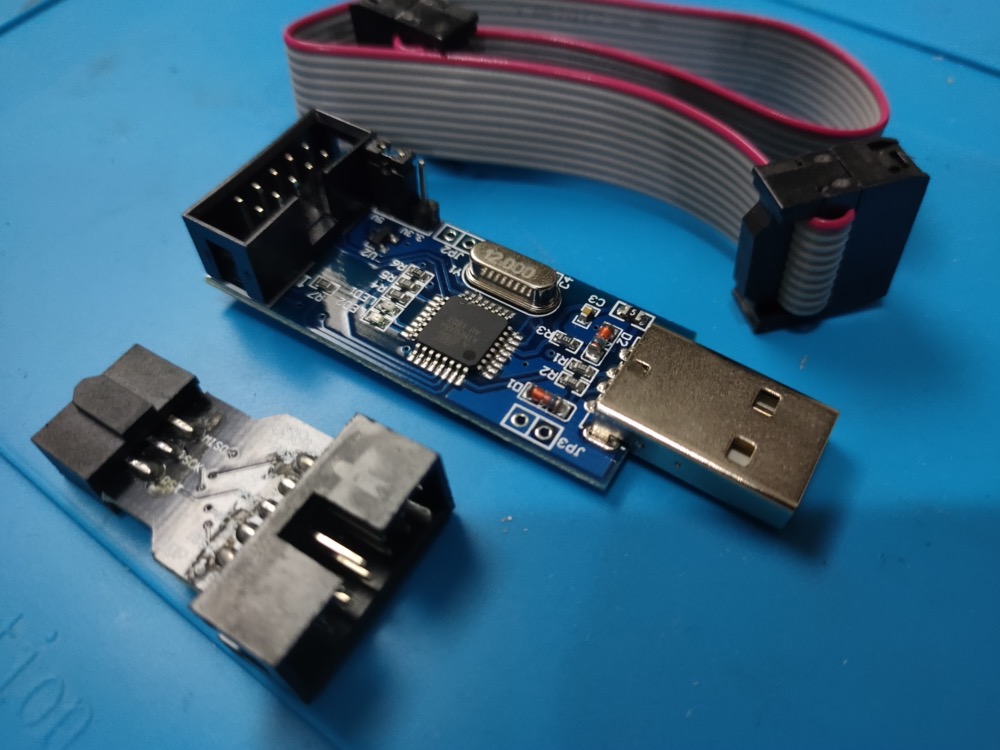 You know that feeling when you broke a thing right after the first time you turn it on? That's what happened to me when I got my CNC 3018. Put most of the things together, enough to test run it, plug it to my computer, tried to connect with UGS, connected, but can't get anything to move. X, Y, Z, spindle, no movement. Dang it, DOA?!

At first I thought it's because my control board still running grbl v0.9 while most tutorial / guides I read and watched mentioned grbl v1.1, so I'd just upgrade it, right? ez pz... boy was I wrong. The flash kept failing, I kept trying by changing the parameters, up to a point I got it to flash up to 3%, then it failed. Did I brick the board? I can't get it to connect to UGS anymore. Nothing on Arduino's Serial Monitor. What do I do now? It's about dinner time, so I took a break while thinking about making plans.

Plan A was to complain to the seller and claim that it's DOA. Plan B was to use my stock Anet A8, see if I can flash grbl into it, it's a spare board that has 4 stepper motor drivers on it. Plan C was starting to look into replacement board. So, as I set plan A in motion, open a complaint ticket to the seller, I started to look into grbl firmware for Anet board. No luck for plan B, worse part I tried to flash grbl to the Anet board anyway and killed it as well.

So, plan C, the cheapest grbl board I found was the Makerbase MKS DLC v2.0 -- it's about $20 without the stepper drivers. Then I realised that I never even look at which board was my CNC runing, it came with a black acrylic cover. So later into the night, it's like 3-4 am at this point, I open up the cover and try to look for a brand or something to see if it's even cheaper than the MKS DLC. 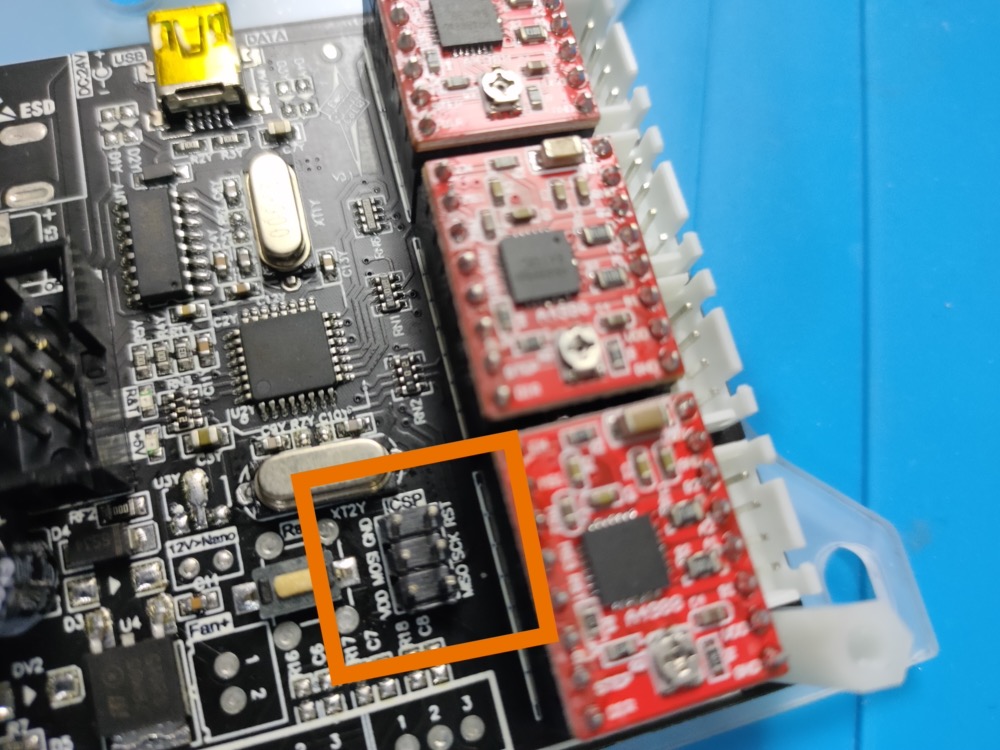 This is where I noticed two things, there's a switch for the 24V supply. That is why I can't get the stepper and spindle to move in the beginning. And, most importantly, I saw this unused, unsoldered ICSP port. And I remembered I have a thing, which turns out it's the thing I bought to burn bootloader into the Anet A8 board so I can flash my own Marlin Firmware.

So obviously, I quickly soldered header pins into it. The crystal oscillator is in the way of plugging in the adapter directly, so I just use jumper cable. Quickly flash grbl v1.1 to it. Voila! It's alive!! I also revive the Anet board by flashing Marlin v1.1.9.1 with stock A8 configuration. Soon after I cancel my complaint, the adrenaline and anger for killing a thing before even using it ceded, and fatigue came in.

Again, the USBasp programmer along with the ICSP adapter, you can get it for $2 on eBay or Ali, have it in your electronic box. You'd never know when you need it. While technically you can hack around and use an Arduino as the programmer, it's $2, get it now before you need it.