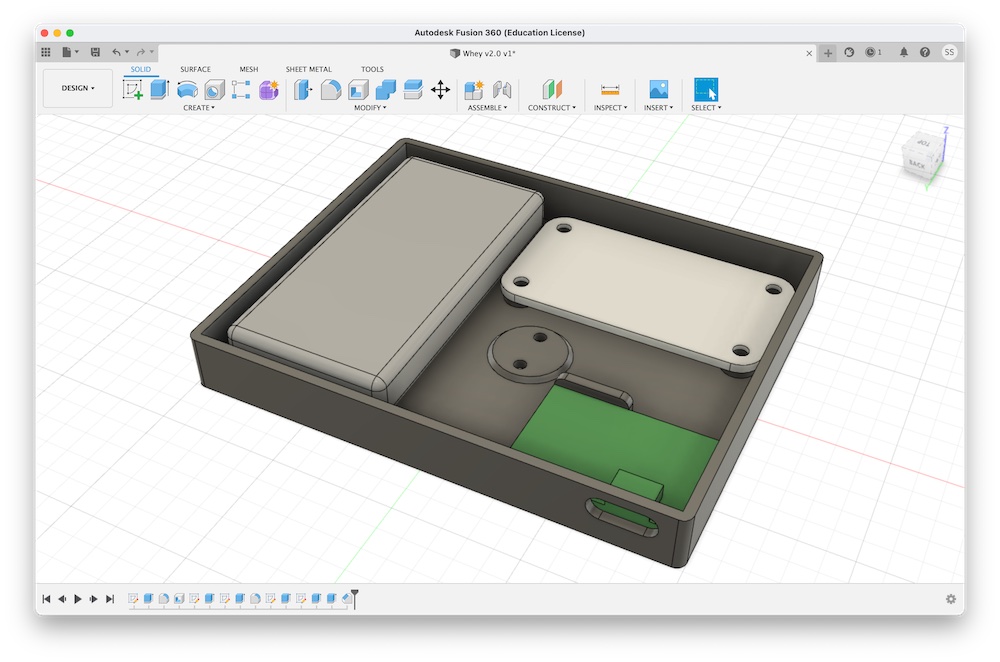 Well, it's kinda already well underway. Quite a few things already push to the GitHub project. This project basically initiated when I broke v1.0. And since I already have some stability issue with it, which I can't pin point the origin of -- my very best guess was the ESP32 I used, but can't confirm it. Already killed the thing. And the readings stability was also poor, so I went ahead with this v2.0 project.

As mentioned in the GitHub, the grand scheme is basically still the same as v1.0, except this time just done properly rather than cobbled together. Except now it's wireless and I designed and printed the ADS1232 breakout board exactly as the reference design. The PCB has been ordered with Elecrow.

The Arduino sketch has gone as far as it can until the PCB arrives. At this point, all I can do is just designing and testing a bunch of case for the plate. Pictured on top is my very first design for v2. Seems a bit tight. We’ll see how it goes.