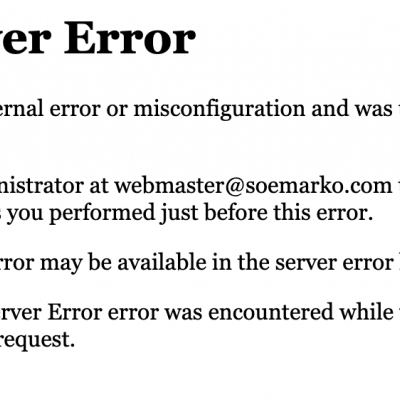 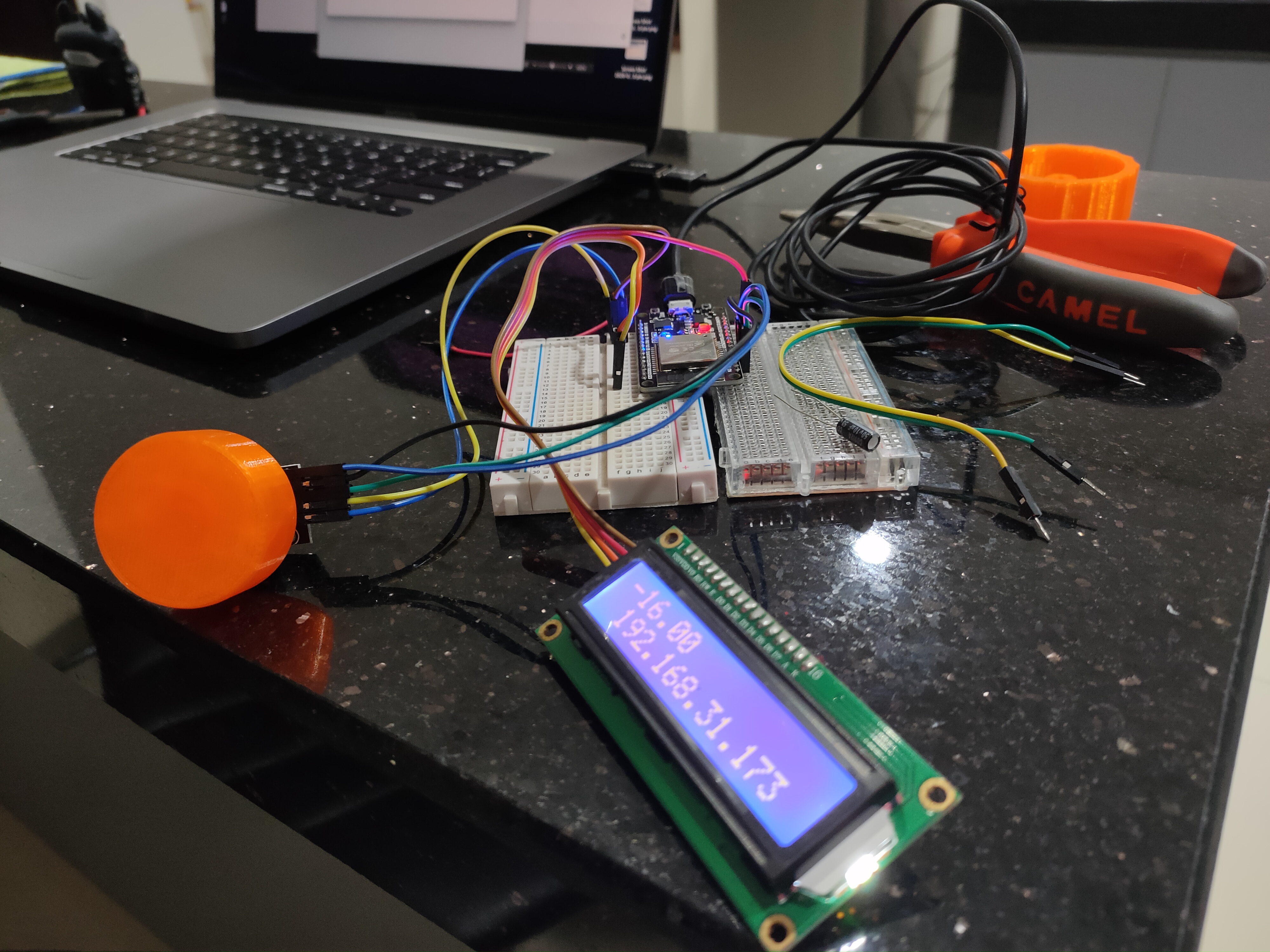 Well, not necessarily an upgrade from MK1, but more of a remake on the same thing, minus WiFi and App, but plus LCD and buttons, and now that I have a 3D printer, a perfectly fitted enclosure. It is a simplification. I can’t use the same code because the Spark folks has drop support for the Core, took me like an hour to get “blink” running on it. It’ll be faster to remake it from scratch. And using a self-signed app is annoying for others in my family that could’ve use this as well.

That said, I made this with 100% spare parts, so personally I spent $0 on this. I bought an Uno clone and LCD shield for “prototyping” purposes, but it never left the anti static bag. It is always faster to jump directly prototyping on the board I actually plan on using, zero code adjustment.

The longest part of this build is waiting for the enclosure finish printing. If you need a guide for this, just follow the Sous Viduino by Adafruit.

Links: enclosure and code. A quick breakdown on my specific setup:

Downside with this rice cooker setup that you’ll need to make sure that the temp sensor is in the bath when the PID is working or you’ll boil whatever you’re cooking in the bath. I have one occasion where the probe pop out for some reason and the water reached 70ºC when I wanted 60º.

I plan on doing something like a “thermal runaway” protection in the code like in 3D printers. See if the temperature isn’t rising after a certain time while the heater is “on”, kill everything.

Also, I saw this Anova teardown, it is so simple. That thing is literally the same as this project, but instead of rice cooker, just add a $2 submersible heating-element, and a motor to “circulate” the water. I see MK3 in the horizon, another perfect project for #CoronaCraft.

1: This LCD Shield is terrible idea, it is super annoying to use. I'd 100% use a potentiometer to set the temperature for MK3. ↩

I recently hacked my Nintend Switch, there I tested and found out that MEGA is the fastest way I can grab large files down to my computer. And it is a totally viable replacement to Dropbox. Apparently last year Dropbox has limit the basic account to 3 devices , which I never noticed until recently.

Because for a long time, I only need 3 devices. iPhone, iPad, and my 2015 MacBook Pro. A few months ago I replaced my (very old) iPad mini to an Android device. Dropbox limitation has been annoying but I didn’t find a need to look for replacement. Now, I just got the new 2019 16” MacBook Pro, the limitation has become a deal breaker. I don’t need a large space. Only used ~5 GB out of the 11 GB I’ve obtain out of various challenges / easter egg many many moons ago.

Moving into MEGA has been painless, I just create a folder called dropbox, and drop everything there. ez pz. On most devices I just sync this particular folder. It took awhile because I have like thousands of files, after everything is synced, it is seamless. Just launch a red M app instead of the blue box, everything else remain the same, and to some extend, MEGA is better as it doesn’t try to do anything else other than a synced folder, the way Dropbox used to be.

Tom is totally on point in the video. Web 2.0 days is totally the Internet’s utopia. “It was going to be the Age of Mashups: take data and do interesting things with it.” If we’re still in the Web 2.0 days, we won’t have these many messaging services, and even if we do, there will be an app that does them all like Trillian (member Trillian? I member…).

A few weeks ago, I built and released WhatsDP. A simple tool that’ll update my contacts with the display pictures in WhatsApp, I want to see pictures instead of initials when people calls or in iMessage. This would be something trivial in the Web 2.0 days.

It started as something I wanted to do, so I look for ways / existing apps that’ll do it, closest one is Vignette. Not only that it doesn’t support WhatsApp, I have to go through every single one of my contacts and add their Instagram or Facebook account. Nope, that’s a non-starter.

And then, as a developer myself, it turns into an app idea. However, after further research, I’ve found that there’s no kosher way of pulling that info, even with WhatsApp Business API. WhatsApp Business API is only good for sending OTP and phone tree. And turns out, there are very little services that have both phone number and display pictures, think Gravatar but with phone number instead of email. We no longer live in the utopia, it'll never be widely accepted in todays world.

So here we are, I cobbled together some JavaScript to scrape some images off WhatsApp web. It works, for now, and at the very least, for me. Even if I’ll be the only user that it ever has, my contacts look so nice now. I got what I wanted at the beginning of this process.

Just because something is going to break in the end, doesn’t mean that it can’t have an effect that lasts into the future. Joy. Wonder. Laughter. Hope. The world can be better because of what you built in the past. And while I do think that the long term goal of humanity should be to find a way to defeat entropy, I’m pretty sure no-one knows where to start on that problem just yet.

So until then: try and make sure the things you’re working on push us in the right direction. They don’t have to be big projects, they might just have an audience of one. And even if they don’t last, try to make sure they leave something positive behind.

The second brain child of Appify. It started as an app idea, turns out it was impossible to do it right (as in without some weird hacks — how do you even scan a QR code on the same phone?!). The cleanest way was with a browser extension.